The large hall and grand stage welcomed the 500 or so students and other attendees. According to the speakers Anita and Sasha, the Auckland and National co-ordinators respectively, this E-day was the biggest ever.

Everyone was in good spirits as they mentioned Counties Manukau as the ‘special region’ with the largest proportion of winners in recent history. Speakers and teachers, including our school co-ordinators Mr Caley and Mrs Carter, received standing ovations. A PowerPoint presentation was given to show the students the basics of starting of their own Young Enterprise Companies. Also, a motivational video was shown, which consisted of videos of people doing things which could be very dangerous – the point was to get everyone excited and thinking that they could achieve anything.

The presentation also gave us examples of winners and talked about the Quadruple Bottom Line, which involved environmental, social, cultural and economic goals. It seemed very daunting. One example of utilising the Quadruple Bottom Line was the coffee grounds soap idea which came from our school. It involved reusing and recycling materials, and was thus environmentally conscious. Other groups such as last year’s Caring & Co olive oil had good packaging, and they were committed to helping their community through supporting the Harold the Giraffe health program. The Quadruple Bottom Line is really just about adding value to not only the economy but also to society, in the same way these two companies did.

The groups attended speed coaching and brainstorming sessions to improve and work on their products. Business leaders from all over Auckland came to mentor the teams and gave them valuable advice. We learnt useful skills such as shaking hands properly and promoting our products efficiently using grassroots action.

The day ended positively in many people’s opinions. The only thing which may have been slightly cringe-worthy was the performance of ‘Harlem Shake’ that we were told to do for Campbell Live.

Seeing the competition and the wonderful past products and initiatives motivated the teams, who seemed more chipper coming out than they were when they went in. This might, however, have been partially because of the large amounts of free junk food available throughout the day!

Watch out for more articles about Young Enterprise in the future! 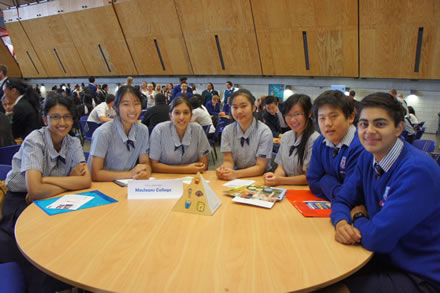 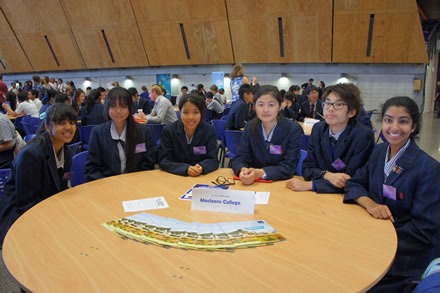