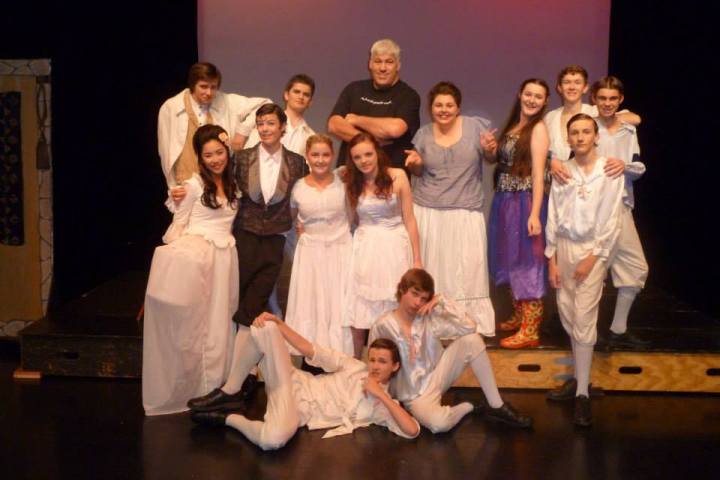 This year, Macleans College performed ‘Candide’ for their senior production, which was held from the 14th to 16th of May. Candide has a very erratic and fast-moving plot, describing the journey one man, Candide, who learns about the hardships of the real world.

The French satire was performed very successfully; with the lead, Kieran Bevan, convincingly portraying the change in Candide-from naive optimist to eventual realist. The other actors in the production also performed brilliantly and were received very well by the audience.

Michelle Huang, one of the stage managers of the production, describes her experience:”I thoroughly enjoyed working with the cast and crew for this production. The actors and Mr Bentley, the director, put in a huge amount of effort behind this wonderful production and they are an immensely talented bunch”

Senior Productions at Macleans are always of very high standards, and this year was no different. With impeccable acting, well organised backstage and terrific directing, Candide was a fantastic production, which left the audience with the powerful message that “work is the greatest thing in the world because it drives off the three great evils in the world: Boredom, Vice, Poverty”.