“One of the greatest school productions MacleansCollege has ever showcased” 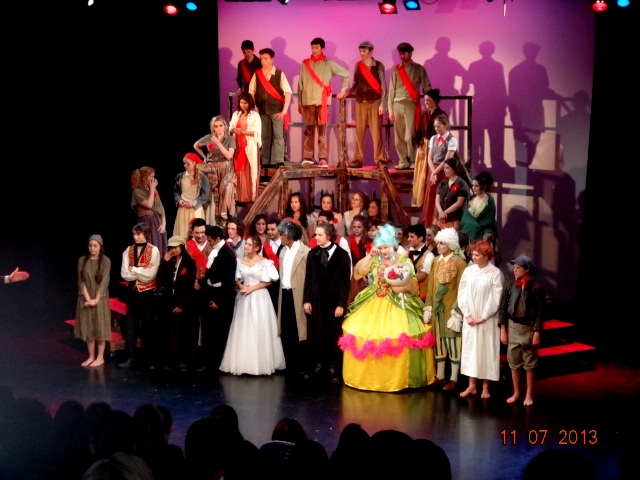 The rehearsals for Les Miserables, the Macleans College Musical for 2013, started early in the year. This was one of the greatest challenges that a school production had to tackle. However, Mr Weeks and Mr Bentley were determined they had the talent and the ability to pull off one of the greatest shows Macleans College had ever showcased to the rest of the community.

The cast was selected after each undergoing a pressure-filled audition that involved singing a song from the musical itself. Many students auditioned in the hopes of making it, but only the lucky and talented group of around forty was chosen. Rehearsals were tedious and long and they required the cast to be extremely focused and driven the whole time, which they were. Two-terms of choreographing, note crunching and a lot of sweat later the cast finally believed they had a production ready for the rest of the community to see.

There were seven performances over six days, with every show completely sold out and requiring the addition of extra seats. The craze about the school musical quickly spread and people lined up to get a glimpse of the show.

It was a proud moment for the cast and crew of the show; no one had ever expected it to be that big of a hit and all those long rehearsals and sleepless nights of perfecting the songs were well-worth it. The school musical was a very big achievement for the students of MacleansCollege and hopefully the tradition of these remarkable shows will continue on in the future.