The inaugural Macleans Night of China, held on Tuesday September 24, was an entertaining night of performances.

The 200-capacity auditorium was nearly full with spectators anxious to enjoy the night. Many people also commented especially on the lively hosting by Leon Hu and Michelle Huang who were said to have “good interaction with the audience”.

Completely student-initiated and student-organised, the event did face a few hiccups, however. These included a last-minute, forced rescheduling of the event from Thursday to Tuesday and microphone failures on the night. Likewise one of the acts, Bronson Lum, the resident martial artist, suffered an injury during his first performance – however, he pushed on and performed his second act to much furore.

Acts ranged from everything from traditional Guzheng and bouts of dancing, to musical and singing talent. Although during the first half of the performance there were some mistakes with the setup, the quality of the night remained incredibly slick and professional.

The Intercultural Club helped by supplying many of the acts on the roster with Flag dance, Chinese Girl’s dance and Lion dance. Independent acts supplemented the already stellar night, with Camille, the Jay Trio, Ben Kubiak, and Nick and Allen being the standouts of the night. One of the most moving moments of the performance was the crowd singing along sombrely to Kenny Chu’s superb piano rendition of Tong Hua, a famous Chinese pop song. It was perhaps the highlight of the whole event. Clearly, the audience was entranced.

Overall, the night was successful and was able to raise an unprecedented amount of money to be donated to Starship Children’s Hospital through ticket and drink sales. People walked out of the auditorium with a feeling of satisfaction and smiles on their faces and many commented that they were hopeful for the next Night of China! 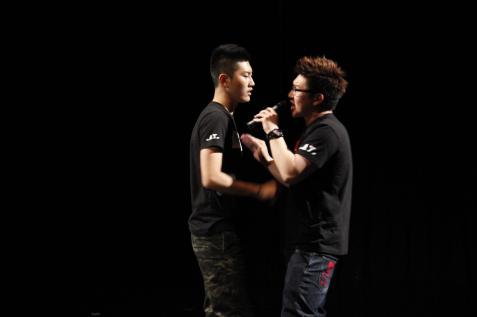 Who wants to be a Millionaire!

Jacky Wu and his dance crew 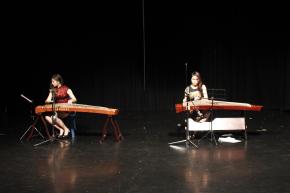 Elaine and Betty on the Guzheng 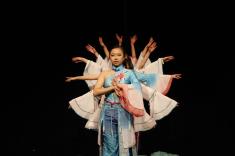 The MCs: Michelle and Leon

One thought on “A Chinese extravaganza”