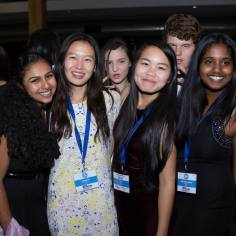 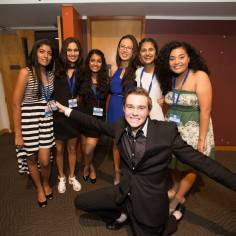 From the 23rd to the 26th of April, 200 high school students attended a national event, a coming together of the youth of Aotearoa. ‘Youth Declaration 2014’ was held at Auckland University; the lecture theaters provided us with the perfect platform from which we were able to debate, convey our thoughts and voice our opinions.

We were introduced to a diverse range of personal, political and worldwide issues, which as focus groups, we were able to acknowledge and address. After two days of intensive discussion in our specified groups, we were given a ‘plenary session’ to discuss our findings and make amendments to clauses in an open forum. The outcome was the ‘Youth Declaration’, a document that outlined our beliefs on critical governmental issues – specific to young people and beyond. Over the four-day span, speakers such as Hone Harawira, Phil Goff and Nikki Kaye spoke with us, holding insightful Q&A sessions at the end of their talks.

Youth Declaration 2014 was an incredibly eye opening experience; lifelong friendships were forged, minds were developed and problems were solved. Not to mention, delicious food was eaten! The conference was an opportunity that allowed the young people of New Zealand to voice their concerns while appreciating opposing points of view.

Although the Youth Dec withdrawal is quite overwhelming, we’re all thoroughly looking forward to the future events UN Youth has in store for us.