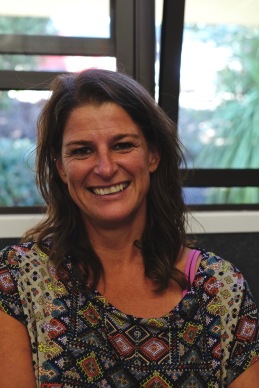 Our Head of English, Ms. Robinson discusses the importance of cultivating a personal identity within an increasingly connected and homologous world. Discovering who we are exactly is not only worthwhile and rewarding, but is very much the cornerstone of making clear and informed decisions.

As students we get told from Year 9 all the way to Year 13 to “plan” our pathways and prepare for a goal that we are supposed to have. While there’s no denying that it’s an effective way of achieving our goals, there seems to be a sense of rigidity when applied to students, who often have no idea what their goals are. Ms. Robinson, our head of English, thinks that for most of us, discovering our identities and experimenting with a diverse range of experiences would be far more fulfilling than following a predetermined pathway.

Recalling her own experiences in high school, she says:

“I wanted to do english, history and chemistry, and they wouldn’t let me do chemistry because it didn’t fit with the other two. But I was like well, I’m good at those subjects and I like them and want to do them. So, yes I was shut down, and I had to do another subject more art based. I’m not sure the same value has been placed on these art subjects as the science and maths subjects, but again, the school has to cater to the demands of the students, and a lot of students do want to go down that pathway.”

It seemed that somehow “compatibility”, while important, had been overstressed as to suppress Ms. Robinson’s own interests and passions. While she had decided to pursue a healthy mix of subjects that she enjoyed, she was forced to drop her interests in favour of more “presentable” credentials, a decision that she regrets. She stresses that although some people may truly feel determined to go down a pathway, there is no shame in being undecided. A diverse range of experiences will most certainly help students determine their passions, even if it means putting one at a slight disadvantage in some areas.

On deciding what one is interested in, Ms. Robinson stresses the importance of experimentation.

“I first came to New Zealand when I was 18, just travelled around a bit in a gap year. That was one of the best things I did, having a year out before going to university. I sort of found my identity when I came here, which was odd, but I don’t know why, I’m just happier here than I was in England. I moved around an awful lot in England. Before I came here I was working and living in Oxfordshire, teaching there for seven years. I got a bit bored and wanted a change. I think it’s really important to have an experience overseas, for a while.”
A gap year experience was what motivated Ms. Robinson to discover her own identity, travelling around the world and experiencing new and novel things. Often confined within a local community, gaining a larger perspective on the world would most certainly help any student. As Ms. Robinson attests to, her experience in New Zealand eventually overcame her roots in England. For many of us reaching outside New Zealand seems such a distant possibility; the temptation to stay put quietly within a plan may seem comforting. Yet how is one supposed to be content knowing that so many possibilities are beyond our day-to-day lives, knowing that we could explore them and in the end, be far happier with what we do? Acknowledging the unique difficulty for one to gain such experiences in New Zealand, Ms. Robinson contrasts the theatre scenes between England and New Zealand:

“I miss that about England, there was so much theatre to go to. You could go to the Globe, you could you to Stratford, and see the Royal Shakespeare Company and other amazing performances there. You don’t get that sense of culture here in New Zealand, it’s too far away.”

Yet she is optimistic regarding the future of cultural diversity in New Zealand, as more people seek such experiences and are willing to embrace more.

“I think it’s good when things like that do come to New Zealand because people have really gone on board. I don’t know if it’s because I’m a teacher, but a lot of people around me have been booking their tickets. There does seem to be a demand for these things that have been lacking for quite a bit here in New Zealand.”

Yet despite these improvements, Ms. Robinson stresses that our own active involvement is imperative in discovering ourselves through experiences. Reflecting on the flag referendum, Ms. Robinson criticises New Zealand as a whole on its prohibiting isolation and limitations.

“The flag, let’s talk about the flag. That’s what I think was really depressing about the flag because I actually thought it was time the flag was to be updated. I didn’t mind the money being spent on it. Do you want the union jack on there? Is New Zealand’s identity defined by the Commonwealth? Probably not. I thought why not, let’s have a change, but what’s depressing right now is that what we are presented with barely constitutes a change. What an anticlimax. To spend so much money on something that ultimately was reduced to virtually identical options. And now we’ve got to vote, and I don’t want to vote for either of the flags and how much money has been spent on it? Millions and millions really. You’d think in a country as small as New Zealand where many people are still struggling to get by on a day-to-day basis, it’s a bit of a reflection on who we are as a nation.”

In this sense, Ms. Robinson is again stressing the importance of a wide variety of options and choices for everyone. Yet in our current state, many choices in our lives are much like the flag referendum, being reduced to very limiting choices down very narrow pathways. In New Zealand’s quest for its identity, we might as well search for our own. Is there more to our identity? Is there more that we can explore, more that we can experiment, more that we can contribute to shaping ourselves and the community around us? Ms. Robinson praises “Red Peak” as a positive and much needed debate on how we view ourselves and the importance of action and engagement. After all, it was our actions and beliefs, rather than those imposed on us, that matter. Each and every one of us has an identity to discover, a passion to unearth that might just follow us through our lives and drive our actions. The only way to discover them is to actively pursue diversity in decisions and experiences, rather than accepting a conformist approach of settling for what we have.