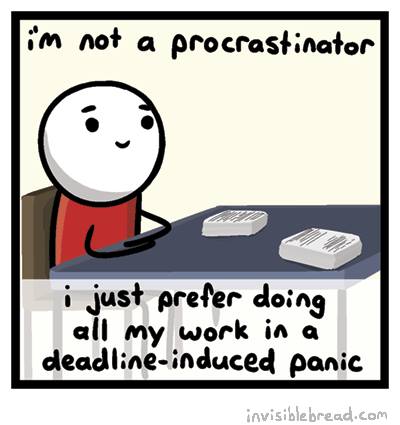 Putting the ‘Pro’ in Procrastination: A controversial guide. The word procrastination is often an interesting one. For a rare few, it is a friend. But for the majority, it is seen as a foe. The word itself when defined is a neutral one, but because it is associated with negative things it has gained itself a bad reputation. One question people especially students are asking … END_OF_DOCUMENT_TOKEN_TO_BE_REPLACED