With 2018 well underway, we’ve all settled into the school year once more. Academically, culturally, and even socially, billions of nuances make up what we call ‘school-life’. The majority of our school day, however, harbours one key trait of friendship, of course; roasting. Whether it’s a savage meme tag that’s uncalled for, or a grilling that dates back to Year 9, we encounter roasting for a dime a dozen. It’s part of our daily banter and gives companionship a humorous edge. But perhaps it’s this form of friendship that’s deterring us from being nice to one another.

‘Being nice’ isn’t exactly dictionary-defined. It could mean giving your peers a compliment once in a while, or congratulating them whole-heartedly for their achievements. But in a society where calling your friend an ‘oxygen thief’ is acceptable, perhaps us teenagers have changed the definition of the word. Don’t get me wrong, roasting is amazing. Mocking and making fun of others may appear in our elders’ eyes as rude and condescending, but the truth is that roasting is very different from mockery. It has no intention to hurt or offend anyone, and is mainly used for comedic purposes; to make someone laugh. So, surely our generation, who have learnt to laugh with each other self-deprecatingly, are very easy to compliment. Right? Apparently not. 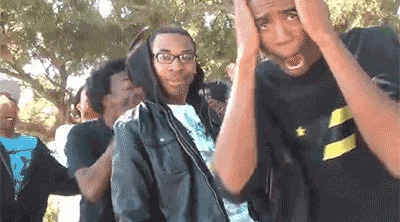 This all started off last year when I decided that, for a change, I would spend one entire day not roasting a single person. Not one joke, not one insult. Instead, I would compliment and praise my friends. The bet? Two dollars would slip out of my pockets to every person I roasted that day. Seems easy, right? Unfortunately for me, I went home four dollars poorer. However, there were some pretty important things that I learnt from this whole ordeal. A) It was hard. It was extremely arduous to keep it all in, to resist the urge to join in the banter. B) It was awkward. Even saying “Thank you for being a friend”, or “Good job! I’m proud of you!” seemed so alien. Not just to me, but also to my friends. To the people who had lived most of their life engaging in silly let-downs, compliments sounded peculiar. It was as if putting someone down for their 50% in Chemistry made them feel more at ease than praising them for putting in the effort. But why was that? The answer is simple. We aren’t accustomed to complimenting one another, and therefore it feels strange. But a few aimless of hours research taught me something more important. Our generation wants to be roasted.

In 1972, social theorist from Ohio Wesleyan University, William H Martineau, proposed a rather interesting hypothesis about the social functions of humour. He theorised that belittling humour that is light-hearted actually strengthens bonds between people, and that it acts ‘as a social abrasive’. By roasting others and being roasted ourselves, not only are we amused, but the social bonds that are interweaved between us all are increased. Reddit even has an infamous subreddit known as RoastMe, where strangers all around the world can comment insults about you. It’s fascinating to think about this. Even though insults are so negatively portrayed in our world, if the intentions are good, it can also do good. It is, however, important to remind ourselves that roasting does not hurt one another. The moment we lose track of ourselves and offend one of our peers, it becomes bullying. That opens up a whole new Pandora’s box, which does not need to be discussed.

So roasting is more of our generation’s way to show affection. Although that seems like some sort of twisted oxymoron, there may be something intriguing in that. This does mean, of course, that the ten-or-so roasts I get everyday for resitting AS Physics for the third time are just my friends being kind. Sure. And yes, maybe we ought to sometimes dial it down a notch, and comfort the people we love when they need it, but until then, remember to take roasts with a grain of salt, and don’t actually offend anyone. Other than that, feel free to call your bestie a ‘surviving brain donor’.